Paul Merriman
Sound Investing For Every Stage of Life

No menu items have been found. 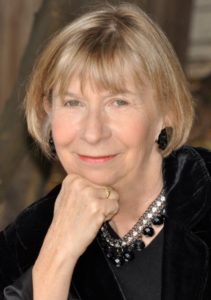 The Financial Perils – and Creative Possibilities – of Summer Boredom

Keeping children (3-15) entertained over long summer breaks is the bane of parents. As one reminded me recently, it’s not just the challenge of keeping boredom at bay; it’s doing it in a way that isn’t a non-stop spending spree.

She explained, “I can afford to do things for my kids but I don’t want them to equate spending money with having fun. Whether it’s paying for parking and admission to the Zoo or going to the grocery store and stopping for an ice cream cone on the way home, they get the message that summer entertainment equals spending money. What can I do to counter this?”

This conscientious mom is right: movies, videos, subscriptions, going to the beach (parking, lunch for the kids), amusement parks, etc. are all mechanisms for engaging kids. And many of these activities are enriching and valuable. Who can argue with an afternoon at the science museum? The concern is that as kids watch you pull out your wallet repeatedly – to purchase entertainment – they quickly absorb the action as easy, normal, and automatic… the opposite of the mindful financial behavior and self-entertainment you want them to develop.

Joline Godfrey has been an innovator in financial education and well-being for families for over two decades. Godfrey grew up in a family business, gaining an intimate understanding of the complexity of sustaining family and career across generations, choosing to train as a clinical social worker with an emphasis on family therapy.  After graduate school Ms. Godfrey joined the Polaroid Corporation in Cambridge, Ma. where she specialized in family and gender—in the context of work and business.

In 1990 an invitation from Inc. Magazine led to a series of dinner table gatherings for women entrepreneurs which she hosted and then documented in her first book, Our Wildest Dreams. Insights gained from those tables led to deep curiosity about how women acquire financial fluency. And in 1992 she founded An Income of Her Own, the country’s first non-profit focused exclusively on financial education for girls and women. In 1996 she published No More Frogs to Kiss: 99 Ways to Give Economic Power to Girls.

Also that year Godfrey transitioned the non-profit into Independent Means Inc. to provide financial education for girls and boys. In 2003 she published Raising Financially Fit Kids, now a classic resource for building financial fluency in kids. And by 2013 when the Tenth Anniversary Edition of Raising Financially Fit Kids was updated and released, families all over the world were adopting her methods and tools.

Godfrey’s invention of a developmental approach to financial education for family members from the youngest child to the oldest financial novice was a breakthrough in financial education which has earned her numerous speaking and consulting opportunities, including invitations to address gatherings that include Fast Company and Inc. 500 conferences; the exclusive Padres e Hijos gathering in Latin America, hosted each year by Carlos Slim; and an historic meeting at Ten Downing Street organized by Gordon Brown to encourage a more entrepreneurial UK generation. She has spoken to family offices from Dallas to Dubai and at many of the most prestigious family office gatherings in the world. Independent Means was acquired in 2015.

The Unexpected Table is Godfrey’s newest venture, providing a platform to write, consult, and work with families intent on thriving in the midst of change. Hosting conversations at eclectic tables to bring complex groups together to learn and discover remains one of her core passions.

A Maine native, Joline graduated from the University of Maine and received an M.S.W. from Boston University. She was awarded an Honorary Degree in Business from Bentley College for her achievements in financial education. Godfrey was a Kellogg Leadership Fellow and has been recognized in features for The Today Show, Oprah, Fortune, Business Week, Inc. Magazine, and The New York Times.

Joline can be reached via email at: joline@theunexpectedtable.com and at 805-570-1790

The Financial Perils – and Creative Possibilities – of Summer Boredom

If Only…. The Economic Regrets, Dreams and Possibilities of Women

Five Difficult Financial Conversations Kids Will Make You Have

My End of Year Gift to Readers: Family Resources for an Unpredictable New Year