Paul Merriman
Sound Investing For Every Stage of Life

Driven To Find Solutions: an interview with Chris Pedersen

Author’s Note: Chris Pedersen has been part of our volunteer team at The Merriman Financial Education Foundation since 2017. But despite his work with Paul, I’ve had little opportunity to interact with him directly. So when Paul suggested I do an interview with Chris to help our readers and listeners understand why he’s a trusted colleague, I was curious to discover ‘Who is this guy who shares Paul’s love of numbers and helping investors make the best of their investments? I hope I communicate here at least a portion of what I learned in my 90-minute phone conversation with this man of exceptional abilities, interests and heart. Enjoy! — A.G. 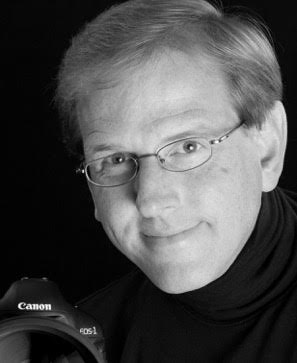 Chris Pedersen credits his mother with modeling “a great life lesson” that led to his working with Paul Merriman. “My mom was a mathematician and worked with many distinguished people. If she wanted to work with someone she admired, she’d write to them: ‘There must be something you don’t like doing and I’ll do that. I’d like to help.’” This, says Chris, is what he did with Paul, and the rest is history… well, history still in the making.

As I write this, Chris and Paul have just co-presented at the national convention of the American Association of Independent Investors (AAII) in Orlando. Originally, Chris was to accompany Paul as a colleague only. As a presenter, Paul was asked if he were bringing a guest and he listed Chris.  Somehow, when the program went live, Chris was listed as Paul’s co-presenter. It was a mistake… until Paul realized it would be great fun to collaborate with Chris on this, just as it had been on the other projects they’d worked on together.”

But back to Chris and the life journey that led him to volunteering with The Merriman Financial Education Foundation and using his passion for research and scenario modeling to develop, so far, Best-in-Class ETF recommendations and the theory and implementation of Two Funds for Life.

Born in Salt Lake City, Chris’ family moved to San Jose, CA when he was four, and northern California has been home for most of his life. “I had a nice childhood, good supportive parents, a church-going family. Dad was an electrical engineer and I didn’t think it was special to become an engineer… like being a farmer’s son in the Midwest.” So he went to Brigham Young University and became an engineer, but along the way photography took hold as a passion.

Chris explains, “My mom took blue chip stamps from the grocery store (I’m dating myself) and gave them to me. When I’d saved enough, I got a little camera. It took bad quality pics but I liked capturing moments. When I was a little older, she brought me equipment to develop color slides, eventually I got an enlarger and, in my teens, when my parents built a house, we hand excavated space for a darkroom.”

He took sports photos for the high school yearbook, attended a photo class, and read a lot about it. After serving a mission for his church, he briefly attended Santa Clara University where his mom taught mathematics.  While there, he worked as a photographer for the school newspaper.  The following semester, he was back at BYU taking a large-format photography class when he received a message from his mom saying “you need to be on a plane tomorrow to come photograph Ansel Adams.”  Santa Clara University was awarding him an honorary degree, and Chris’ photo editor from Santa Clara wanted him to do the shoot.’

“At end of the interview, we had 15 minutes to spare and I got to talk shop with Adams. It was a thrill!” Chris says, adding, “One of the great lessons of photography was — and is — the value of having people openly and honestly give feedback. I love the value of feedback, the opportunity to improve one’s work, and problem solving, which is the nature of photography.” [You can visit Chris’ photographic website, including those of Ansel Adams].

But, when it came to choosing a career, Chris considered the practical realities. “I knew I wanted to be a successful husband and father. To do that, I had to be a good provider, and engineering was a surer bet.”  He noted the challenges of making a living as a photographer, especially in the digital age “where so many people are producing stunning images.”

At Brigham Young University, Chris met his wife, Suzanna, a biology major, and they married a year before he graduated. After graduation he took a job at Hewlett-Packard in Silicon Valley, in product management. “I didn’t know that job existed but it was an interesting way to apply an engineering degree. HP was a big company, so you could stay for decades and work on lots of different things, like marketing, manufacturing and partnerships. It was an interesting career path.” He worked in a wide range of businesses from microwave test equipment to interactive television, video servers and consumer PCs.

After HP, Chris worked as a professional photographer, consultant, and entrepreneurial creator of photo accessories.  He finished his career at Nvidia, which invented the graphics processing unit (GPU) used for creative professional and gaming industries. “It was fascinating stuff. It was not as big as HP but I worked in various aspects of product  and partner management before retiring and working with Paul. And Paul has kept me even busier,” he said with a laugh.

Chris and Suzanna have four children — three daughters and a son. Their oldest is married with three kids.  Their “middlest,” is working on her Ph.D. in computational physics at Brigham Young, and their boy-girl twins are studying electrical engineering at BYU and wildlife science at Humboldt State respectively.

One thing most of their kids share is a love of dance: ballet, ballroom, contemporary, folk and tap. “It began because Suzanna thought dance classes would help our oldest daughter with coordination. The rest of kids wanted to dance also, and three of them stuck with it well into college including competitive and performance teamss,” he said with fatherly pride. Suzanna worked for the 10 years or so in biotech and then retired. “She felt fortunate to be a fulltime mom. You know, it takes a village.”

The “village” Chris and Suzanne inhabit in retirement continues to be based on deep commitment to family, volunteering at church, and “doing something meaningful, useful and helpful on a daily basis. I also want to learn and grow in different ways – I read a lot, and every day I have a list 20-30 things. I get to a few a day but the list never gets less than 20,” he mused.

Among his list of many engaging projects are inventions. While he has patented “a number of things,” Chris’ current invention is an accessory to solve a problem with taking panoramic photos. Asked if he will patent and sell it, he replied, “I’ll probably share for free. Open source is better than the headaches of supporting and shipping.”

His biggest challenge right now is writing a book on Two Funds for Life. “In product management I sometimes wrote documents of 40-50,000 words, but a book is different. I want it to have a broad appeal, and be a gift to my children.”

Chris is driven by a love of finding solutions, whether how to be of greater help in church or “distilling meaningful conclusions and communicating them in clear ways,” as he does in his work with Paul. “Paul and I take our responsibility very seriously. People take their hard-earned money and want to know how to do what’s best with it. We work long hours to ensure we do the best we can. It motivates us.”

And how did Chris become involved with investing? “My grandparents were both investors. My mother’s father was a doctor and taught me about investing and compounding at an early age, and that finances are important. I guess I’m lucky.”

The nuances of investing fascinate him. “The scientist in me wants to figure out if there is some truth here, and the desire to help people do better is very rewarding. I’ve been down this path of tedium, but when we discover truths there’s joy at the end.

You can read Chris’ article, Choosing Best-in-Class ETFs at AAII Journal.
Check out the Two Funds for Life Video and other articles here.